Could a major push for structural reform help reignite growth and income convergence for emerging market and low-income economies? Within advanced economies, how much does economic activity differ by region? How much do local labor demand shocks in advanced economies affect regional labor markets? In a public lecture at the JVI on October 14, 2019, Mr. John Bluedorn and Mr. Romain Duval of the IMF Research Department staff offered answers to such questions in summarizing the two analytical chapters of the latest World Economic Outlook. Mr. Reiner Martin, JVI Lead Economist, chaired the event.

Most promising are reforms that relate to governance and access to credit, since these can be binding constraints on economic activity; relaxing these constraints can amplify the gains from other reforms. Empirical analysis found that in the average emerging market and developing economy, in six years a package of major reforms in each area covered—liberalization of product, labor and financial markets as well as improvements in governance—could raise GDP per capita by over 7 percent. However, Mr. Duval added that some reforms—of labor and financial markets—do not pay off in the short term if made in bad times.

A model analysis showed long-run effects, illuminated underlying mechanisms and investigated the role of individual country characteristics. The results imply sizable long-term gains from major historical reforms in the median emerging market and developing economy, but also revealed differences between countries. The analysis also confirmed that formalizing businesses is an important source of reform gains and that governments can reap bigger benefits by exploiting reform complementarities—for example, between reforms that make firms want to grow (such as cutting firms’ labor or corruption-related costs) and others that enable firms to grow (such as domestic finance liberalization).

After Mr. Duval spoke, he was asked about whether the analysis controls for how reforms are implemented and what lessons could be drawn for IMF programs. Since it is very difficult to measure how reforms are implemented, he said the focus was on de jure reforms. There are two main lessons for IMF programs: (1) the effects of reforms are large but less than has sometimes been assumed; and (2) priority should be given to reforms that also work in the short term, such as product market reforms.

Mr. Bluedorn then presented a study of within-country regional disparities and adjustment in advanced economies. Regional inequality has attracted more attention recently, in part because it is associated with greater political polarization and the erosion of social trust. It can also detract from inclusive growth, a key goal of the IMF. Over the past thirty years, advanced economies have seen a marked rise in regional inequality—as captured by the average regional 90/10 ratio (real GDP per capita in the region at the 90th percentile over that of the region at the 10th percentile in a country)— and a decline in the speed of regional convergence within a country.

Unpacking these overall patterns, the chapter focuses in particular on the plight of lagging regions—regions within a country that are initially poorer and that are not growing fast enough to catch up with the rest of the country. Lagging regions tend to have employment more concentrated in agriculture and industry than other regions. They also tend to have worse health and education outcomes and lower labor productivity across sectors than other regions on average. While adverse trade and technology shocks both affect more exposed regional labor markets, only technology shocks are associated with persistently higher unemployment, with lagging regions particularly impacted. National structural policies can play a role in easing regional adjustment and boosting resilience. Policies supporting more flexible labor markets tend to dampen unemployment rises due to adverse shocks. Moreover, capital reallocation within and between regions can be improved by policies that support more open and flexible product markets.

The discussion that followed raised a number of important questions, one being: Did the analysis recognize that within-country price differences might change the picture? The response was that while it is difficult to get reliable data, data for a few years made it possible to reassess regional disparities and the overall picture of regional inequality did not change much. Another question concerned the effect of region size. Mr. Bluedorn said that while the sizes can differ both across and within countries, regions are defined as first-level administrative units within a country, which is economically meaningful. 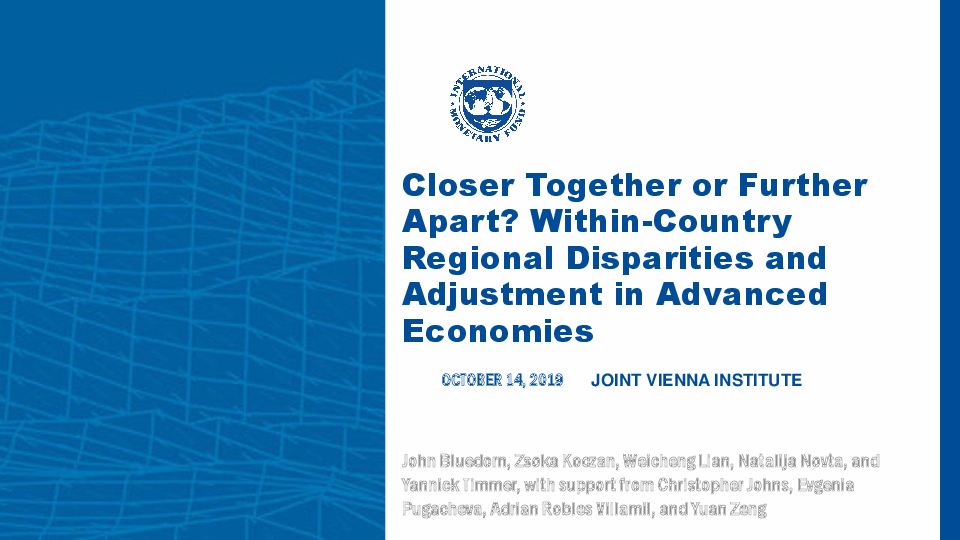 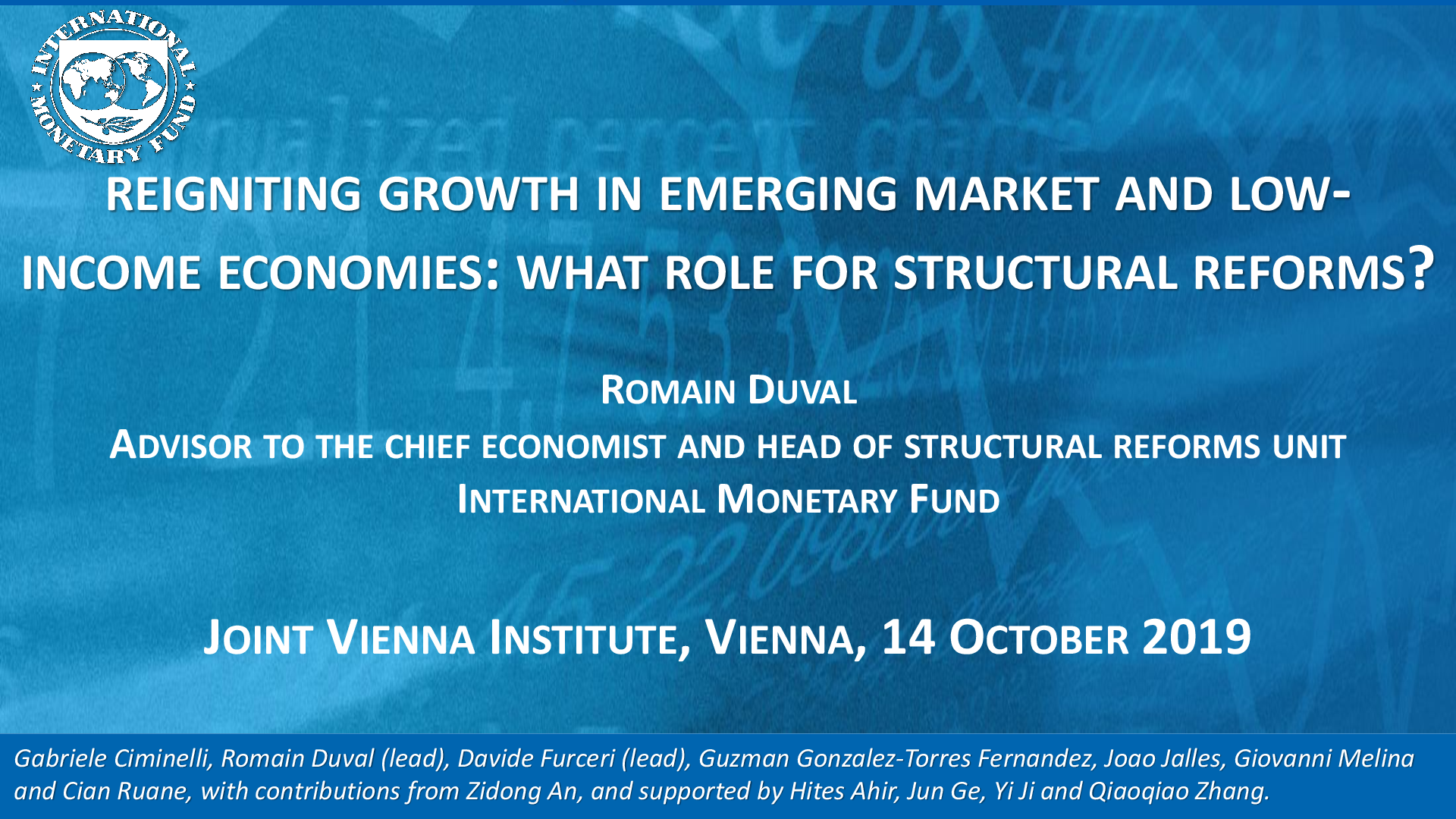