The Covid-19 pandemic has brought about a more active role for fiscal policies in stabilizing the economy. The size of fiscal policy support has been extraordinarily large by historical standards, and this also applies to the JVI region. To implement such a large-scale fiscal stimulus during an exceptional crisis, several countries have activated escape clauses in their fiscal rules settings, and thus temporarily suspended the binding character of debt or expenditure ceilings or created additional flexibility around them. Meanwhile, government debt-to-GDP ratios have increased considerably in the region and are projected to remain elevated over the medium term, not least because of investments required for the green transition to climate neutrality. Elevated government debt ratios over the medium term imply risks for debt sustainability, even though several scholars have recently argued that debt could be sustainable at levels higher than before because neutral interest rates are still low. Meeting pre-crisis debt ceilings would require very long adjustment periods or, if frontloaded, would weigh on the pace of economic recovery.

As a result, there is now a lively debate about how to reform fiscal frameworks for the post-Covid world by introducing realistic and effective rules that can credibly guide fiscal policies over the coming years. This webinar added to this debate by bringing together fiscal rules experts familiar with the JVI region.

Martin Larch started out by pointing to the secular upward trend in government debt ratios in several EU countries since the 1970s and the associated risks for debt sustainability. According to Martin’s recent research, greater compliance with fiscal rules in the EU contributes to countercyclical implementation of fiscal policy – a result that applies even more if the countries are not already exposed to high levels of government debt. He thus concluded that the leeway for fiscal stabilization policies is very much subject to the debt sustainability constraint. Camélia Turcu stressed that the JVI region adopted fiscal rules later than most advanced economies but is continuously catching up. Budget balance and debt rules are among the most commonly adopted fiscal rules. Furthermore, expenditure rules have become increasingly important since the mid-2010s, while revenue rules are applied only in a few resource-rich economies. Camélia pointed to the underlying exchange rate regime as an important factor explaining differences in the application and effectiveness of fiscal rules across countries. For example, in countries with a fixed exchange rate regime and/or a high degree of euroization, more fiscal discipline would be required to contain domestic inflation or sudden disruptions in capital inflows. Similarly, Nikola Altiparmakov argued that non-EU JVI countries are often subject to less favorable sovereign credit ratings, leading to higher borrowing costs and limited fiscal space. As a result, ensuring sufficient fiscal discipline would be crucial and more conservative debt ceilings may be required. Nikola emphasized that it is not enough to have fiscal rules on paper, that their enforcement is just as important, and that an independent fiscal council is crucial to achieve this.

The ensuing lively discussion centered on three main issues. First, regarding factors that could improve the effectiveness of fiscal rules, all three panelists agreed that gradually building a culture of fiscal prudence in the region and maintaining domestic ownership of fiscal rule design are key. International financial markets could also serve as a disciplining device for discretionary fiscal policy, but their response tends to be volatile and overshoot from time to time. Therefore, it would be better to have sound fiscal institutions in place with a longer-term perspective. Panelists also stressed the importance of sustained and sufficiently high economic growth, based on which it would appear easier to contain concerns about debt sustainability and comply with existing fiscal rules. Second, the debate revolved around whether ongoing or upcoming tightening of monetary policy in the region could call future debt sustainability into question and whether there might be a need to overhaul fiscal rules. Panelists stressed that while expansionary monetary policy has decisively supported fiscal easing during the pandemic, any future rate hikes will require appropriate fiscal consolidation strategies, whether fiscal rules are reformed or not. Third, the concluding discussion focused on future green investment needs and whether it would make sense to apply so-called “green golden rules”, which would imply that green public investment is excluded from deficit and debt calculations under fiscal rules. While acknowledging that the JVI region has significant green investment needs, panelists expressed concern as to whether a golden rule would be sufficiently effective given the potential for circumvention and the still existing need for funding for this additional spending. 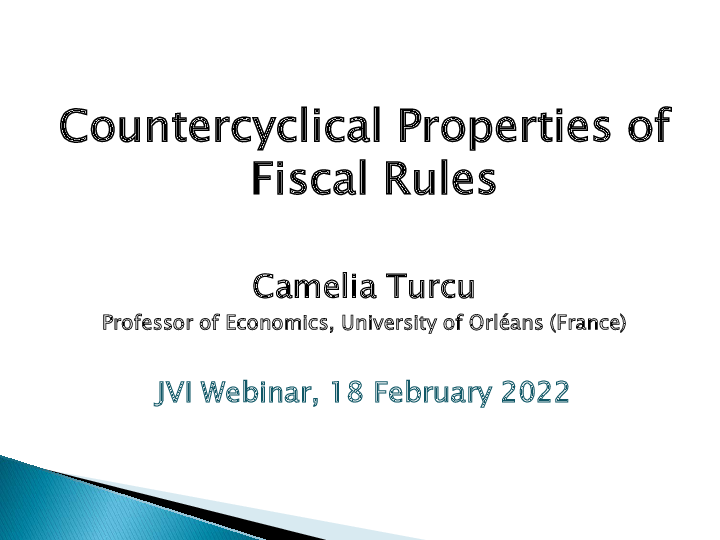 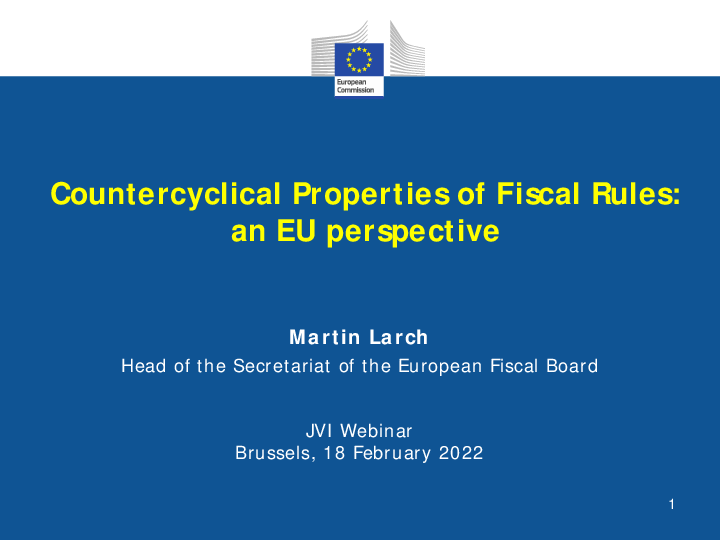 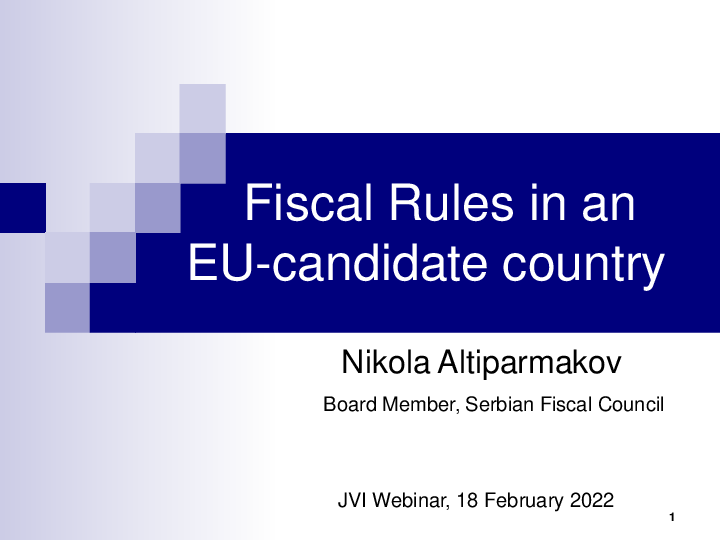