Panelists
Mr. Xavier Debrun, Member of the European Fiscal Board and Economic Advisor at the National Bank of Belgium
Mr. Paulo Medas, Deputy Division Chief of the Fiscal Policy and Surveillance Division at IMF’s Fiscal Affairs Department
Mr. Mateusz Szczurek, Associate Director EBRD; Adjunct Professor at the Warsaw University; Member of the European Fiscal Board; and former Minister of Finance of the Republic of Poland

On February 19, the JVI hosted a very well attended webinar on the state and future of fiscal rules. The ongoing COVID-19 pandemic puts rules-based fiscal frameworks to the test. By activating escape clauses and engaging in unprecedented fiscal support measures geared at protecting lives and livelihoods, governments rose to the immediate challenges of the crisis. However, the longer the crisis lasts, the more fiscal sustainability concerns could affect recovery prospects in some countries.

Against this backdrop, the webinar discussed the impact of the COVID-19 pandemic on sound fiscal institutions. To what extent did the fiscal responses to the pandemic adopted by governments preserve or threaten the credibility of their fiscal frameworks? How should governments balance limited fiscal space and growth-friendly fiscal measures? How can long-term fiscal discipline be ensured? How should the EU fiscal governance framework be reformed? Are fiscal standards rather than fiscal rules the way forward? And what do political economy considerations tell us about the prospects of a meaningful reform?

Xavier Debrun (Member of the European Fiscal Board and Economic Advisor at the National Bank of Belgium), Paulo Medas (Deputy Chief of the Fiscal Policy and Surveillance Division, Fiscal Affairs Department, IMF), and Mateusz Szczurek (Associate Director EBRD; Adjunct Professor at the Warsaw University; Member of the European Fiscal Board; and former Minister of Finance of the Republic of Poland) addressed these challenging questions.

After an introduction by Herve Joly, JVI Director, Xavier Debrun started the debate by reminding the audience that placing constraints on elected politicians’ discretion was an inherent feature of democratic systems, over and above the usual checks and balances characterizing democratic accountability. However, designing fiscal rules was hard, as it should be guided by three principles—flexibility, simplicity and enforceability—that are difficult, if not impossible, to obtain simultaneously. He therefore advocated for simple rules that: (i) serve their core objective, i.e., debt sustainability; (ii) minimize unwanted outcomes, such as procyclical fiscal policy; and (iii) guide the budget process through integration with relevant procedures.

Paulo Medas elaborated on the emerging consensus as to how to transition to a post-COVID world in a rules-based fiscal framework. Depending on their debt levels, the amount of scarring, and speed of recovery, countries would have to face the trade-off between the need to undertake fiscal adjustment and the risk of withdrawing fiscal stimulus prematurely. As existing debt anchors were no longer credible in some cases, and old rules could no longer be observed, a medium-term transition path contingent on the state of the economy might be required for building up credibility and avoiding economic disruptions. Given the increase of fiscal risks, new fiscal rules may also need to better incorporate contingent liabilities.

Mateusz Szcurek took the title of the webinar as inspiration to observe that without market pressure, policy makers would be reluctant to ‘return to Rome’ and ‘be crucified by fiscal rules again’. In his opinion, the institutional requirements for implementing fiscal standards as proposed by Blanchard, Leandro and Zettelmeyer were even higher than those needed for the functioning of fiscal rules. Numerical rules were preferable for countries with weaker institutional environments, as it was too easy for governments to evade pressure, for instance by capturing the Independent Fiscal Institution tasked with monitoring the standards. On a positive note, rules compliance was not binary. Even if compliance was not perfect, countries typically did not stray too far from rules but were nudged in the right direction.

A rich debate followed, touching upon

Overall, the panel concluded that fiscal responsibility never was a decision but an inescapable constraint: countries could only ignore the budget constraint temporarily. Coming out of the current crisis will require creativity in finding new ways to satisfy the delicate balancing act between simplicity, flexibility and enforceability, while protecting credibility. 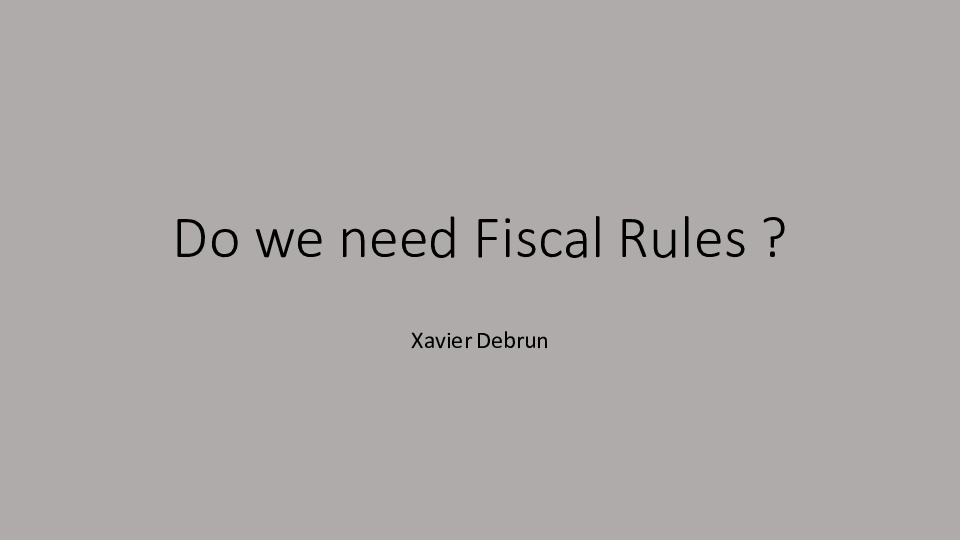 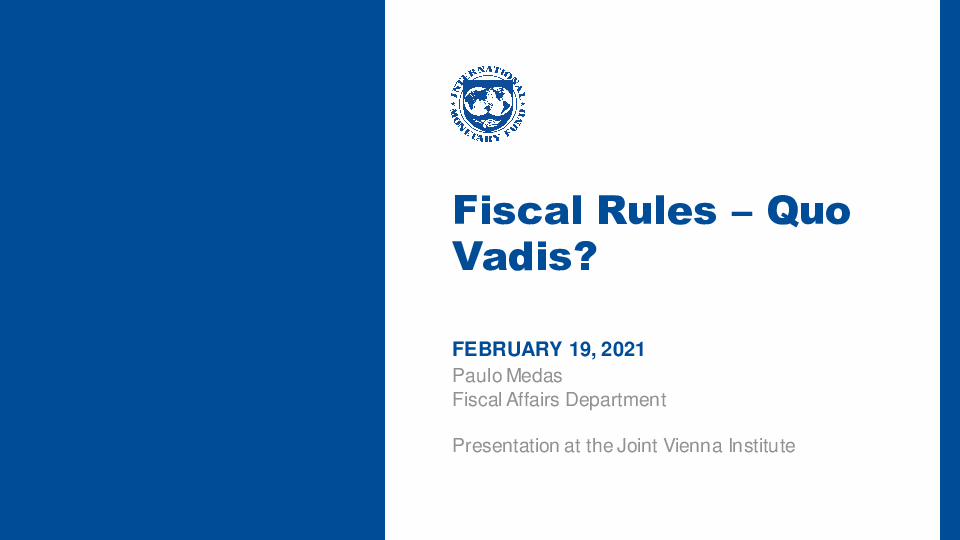