Following the introductory webinar on April 23, this second webinar of the climate change series examined the political economy of climate change action in Central and Eastern Europe (CEE). While policies to mitigate climate change are widely known, they are only effective if they command broad and sustained support from citizens, political parties, and other public stakeholders.

Thomas Froimovici and Edouard Lecerf opened the webinar by summarizing the results of the latest EIB survey of public opinion about climate change in the EU’s Eastern member states.

Despite some disparities, no structural difference in public opinion on climate change between Eastern and Western EU member states became apparent in the survey results. In general, Europeans consider climate change to be among their most important concerns, and respondents favor stricter government measures to change citizen behavior.

While views on climate-related economic policies differ by member country, those differences are not clustered along the East/West axis. Figures 2–4 illustrate the distribution of opinions on:

There are, however, some differences between citizens of Eastern and Western member states. Although citizens in CEE are less likely to consider climate change one of their main challenges (22% versus 36% in Western Europe), more of them feel it is affecting their daily lives (81% versus 74%).

Finally, CEE citizens perceive the European Union to be at the forefront in the fight against climate change, as do Western Europeans, but while 45% of citizens in Western Europe think the same of their national government, only 31% of CEE citizens do.

In the second part of the webinar, Aron Buzogany and Stefan Ćetković compared climate and energy policies in CEE and discussed enabling and impeding factors within different political systems. They confirmed that the EU was the driving force in CEE climate and energy policies. Policy ambition, e.g., concerning renewable energy, is lower in CEE and varies by country and over time. For instance, abrupt changes in policy have led to sudden stops in renewable energy expansion (Figure 5).

Government opposition to EU-wide policies, as measured by dissenting votes in the EU Council, tends to be common in CEE. Without a common front, however, CEE countries have not been in a position to block the EU climate agenda.

Fig. 6: Dissenting CEE Votes in the EU Council on Climate and Energy Matters

Finally, the presenters’ research has found that public opinion (e.g., as measured by the EIB survey) has yet to result in grassroot actions. For instance, voting patterns in European Parliament elections show very limited support for Green parties in CEE and therefore little pressure on governments. Furthermore, the lower percentage of residential solar panels in CEE than in the rest of Europe is perhaps an indication of lesser household interest in climate matters in CEE.

The JVI Focus on Climate Change

If greenhouse gas emissions continue unabated, global temperatures will keep on rising at an unprecedented pace, with catastrophic implications for lives and livelihoods worldwide. Economic policy has a pivotal role to play in changing the ways we produce and consume in order to slow climate change.

Countries in the JVI region will not be spared the economic costs of rising temperatures nor the difficult task of transforming their economies within the next thirty years to drastically reduce greenhouse gas emissions. Yet, this transformation also holds opportunities for countries in the region, such as public investment-triggered growth, good quality green jobs, and better health from reduced air pollution.

In this context, the JVI will offer two new courses on the economics of climate change. The first one, “Climate Change and Green Finance,” coordinated by the Austrian Federal Ministry of Finance (BMF) and the Oesterreichische Nationalbank (OeNB), will take place June 14-18, 2021. The second one, “Climate Change Economics,” coordinated by the JVI faculty, will take place September 13-17, 2021. We encourage you to visit the course pages and apply.

Leading up to these two courses, the JVI will organize a webinar series on selected issues in climate change economics. In discussion with experts from the JVI partner organizations, academia, central banks, and other institutions, we will shed light on topics such as the political economy of climate change, carbon taxation, the role of financial sector oversight, and macroeconomic modelling—with a special focus on the JVI region. 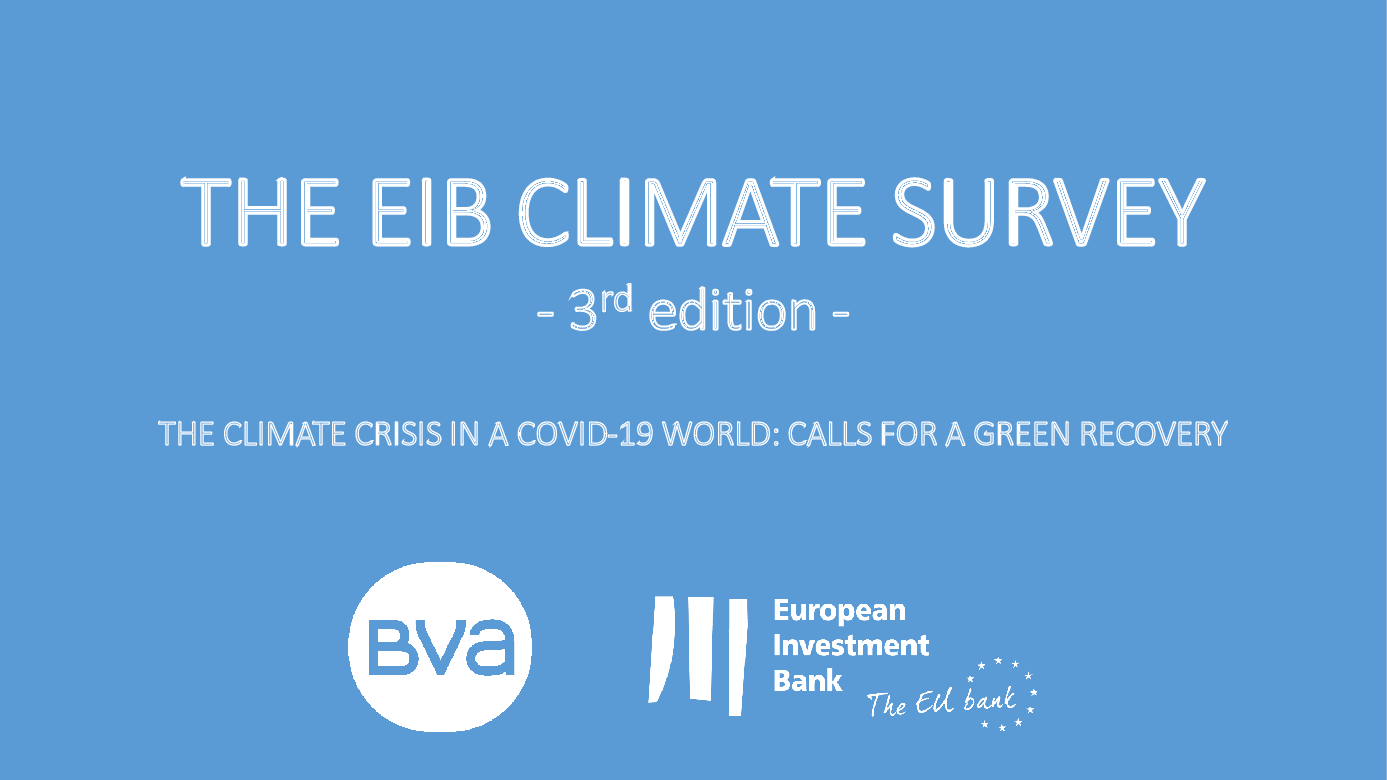 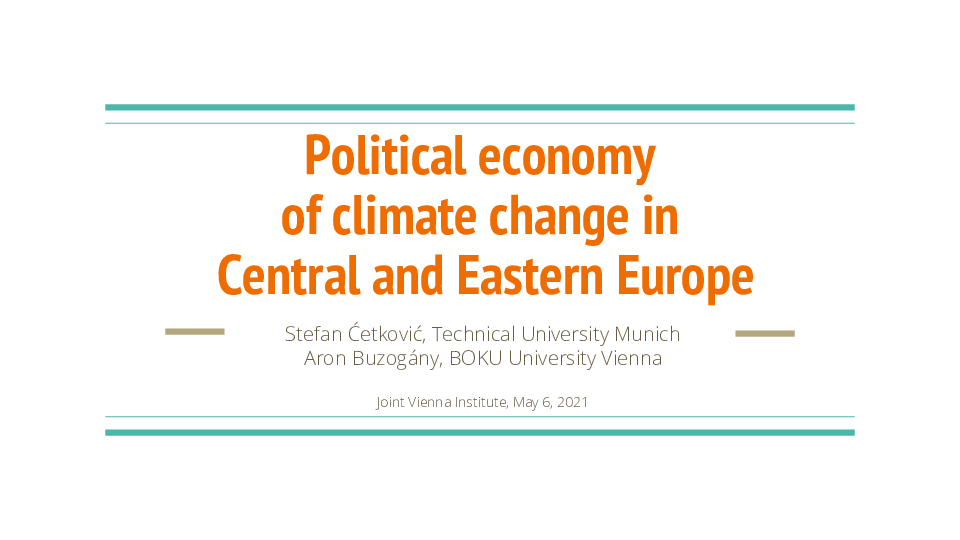