The Economic Outlook for Europe

The Russian invasion of Ukraine created a humanitarian catastrophe. Since the outbreak of the war, millions of people, mostly women and children, have fled Ukraine and even more have been displaced internally. In addition, thousands have been wounded or killed. The impact on Ukraine’s economy will be massive. The war will also have a major impact on Russia’s economy, and to a lesser extent on the rest of Europe. This webinar elaborated on these issues.

Gabriel Di Bella (International Monetary Fund, IMF) presented the latest economic projections of the IMF for Europe. The war in Ukraine will have severe economic impact on Europe, having started when the recovery from the Covid-19 pandemic was still incomplete. Before the war, European economies had regained a large part of the 2020 GDP losses, although private consumption and investment were still below pre-pandemic trends. The war has led to large increases in commodity prices and compounded supply-side disruptions, which will further fuel inflation and cut into households’ incomes and firms’ profits. The IMF now forecasts GDP growth at 3 and 3.2 percent in advanced European economies and emerging European economies (excluding Belarus, Russia, Turkey, and Ukraine), respectively, down from earlier IMF forecasts. Inflation in 2022 is now projected to reach 5.5 and 9.1 percent in advanced and emerging European economies (excluding Belarus, Russia, Turkey, and Ukraine), respectively, up from earlier IMF forecasts. Output losses will be far larger in Russia and, especially, in Ukraine.

Richard Grieveson (Vienna Institute for International Economic Studies, WIIW) presented a recent WIIW report on the humanitarian, economic, and financial impact of the war. Urban warfare in Ukraine is causing massive damage to critical civilian infrastructure in the country, and there is a high risk of starvation, infection, and a rapid deterioration in people’s physical and mental health. The economic costs of the invasion will be profound. Economic activity has practically ceased in the regions directly affected by the war. Also, Ukraine has lost its ability to sell more than half of its exports (by sea), primarily agricultural commodities and metals. Sanctions will have a very serious impact on Russia’s economy and financial sector, leading to a large economic contraction and an inflation surge. Aside from energy, the fallout of the conflict via trade for the rest of Europe is expected to be small. Non-energy trade and investment links between Russia and many European countries have declined in importance since 2013. If the EU were to ban imports of energy from Russia, or if Russia itself limits or stops gas exports to the EU, the trade impacts would be much more significant.

In the ensuing discussion with the audience, a broad range of issues were discussed, such as: the challenges in the short term and medium term of the large flow of Ukrainian refugees to neighboring countries; the risk that higher inflation could become entrenched; and the implications of the war in Ukraine for agricultural commodities production and exports. 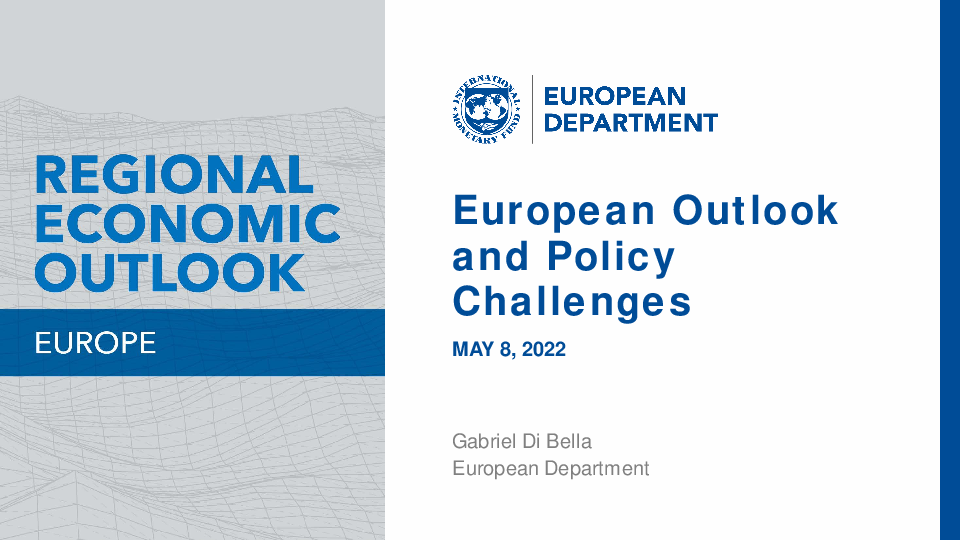 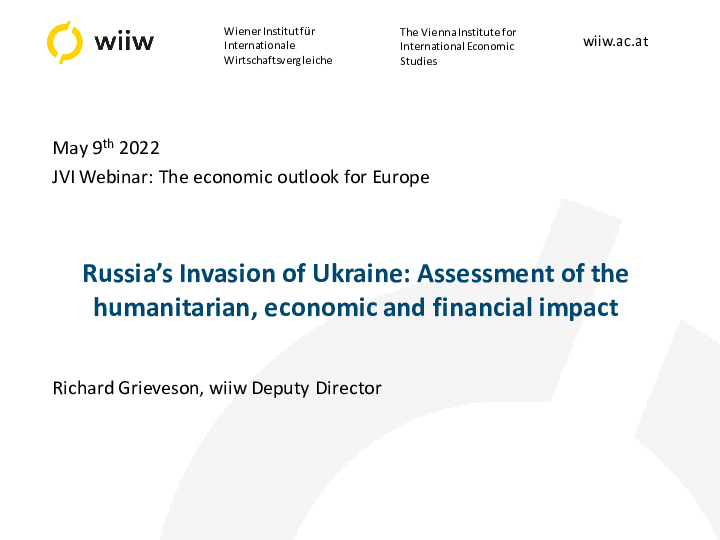