The war in Ukraine is taking a growing toll on Europe’s economies. The worsening energy crisis has depressed households’ purchasing power and raised firms’ costs, only partly offset by new government support. Central banks in the region are forced to act more forcefully to bring the resulting high and persistent inflation down to targets, leading to tightening financial conditions. Growth has also softened in China and the United States, and multidecade-high inflation has led to broad-based global monetary policy tightening. The webinar focused on the growth outlook and policy challenges in the European region.

Gabriel Di Bella (International Monetary Fund, IMF) presented the latest economic projections of the IMF for Europe. The IMF now forecasts GDP growth at 0.6 and 1.7 percent in 2023 in advanced European economies and emerging European economies (excluding Belarus, Russia, Türkiye, and Ukraine), respectively, down from earlier IMF forecasts of 1.3 and 2.8 percent. Inflation in 2023 is projected to remain elevated (6.2 and 11.8 percent in advanced and emerging European economies (excluding Belarus, Russia, Türkiye, and Ukraine), respectively. This represents a gradual deceleration relative to peaks reached in 2022, but the return to targets is now expected to happen more slowly than in the previous projections. Risks to growth are on the downside, while those to inflation—especially core inflation—are on the upside. Having to deal with a combination of weak growth and high inflation that could worsen, European policymakers are facing tough policy choices. A tightening macroeconomic policy stance is needed to bring down inflation, while simultaneously support of vulnerable households and viable firms is required to weather the energy crisis.

Richard Grieveson (Vienna Institute for International Economic Studies, WIIW) presented a recent WIIW forecast update on the Central, Eastern and Southeastern Europe (CESEE). The economies of the region showed surprising resilience throughout 2022. However, the picture for the remainder of 2022 and 2023 is different as inflation reaches multi-decade highs and becomes more broad-based. The GDP growth projections for 2023 were on average cut by 2 percentage points in Central and Eastern Europe and by 1 percentage point in Western Balkans. The Ukrainian economy has contracted by roughly a third this year but has stabilized thanks to the external financing. The cumulative economic downturn in Russia over 2022-2023 is expected to be around 6-7 percent which is comparable to the crisis of 1998 but smaller than the GDP decline observed in 1992 during the transition crisis and in 2008 during the global financial crisis. The risks for the CESEE outlook are tilted to the downside given the threat of a full stop in Russian energy supplies to Europe, a decline in consumer confidence, continued inflationary pressures, monetary tightening and further weakening of the global economy. 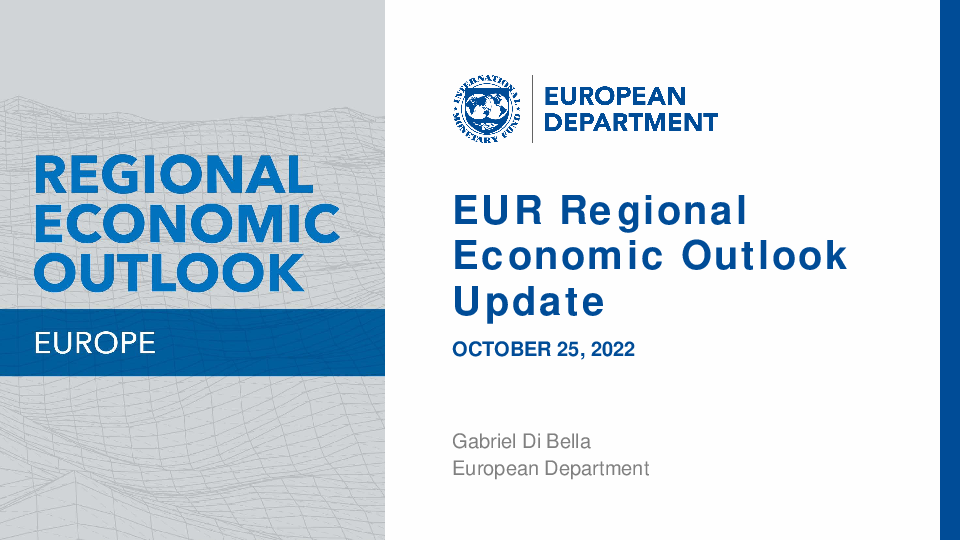 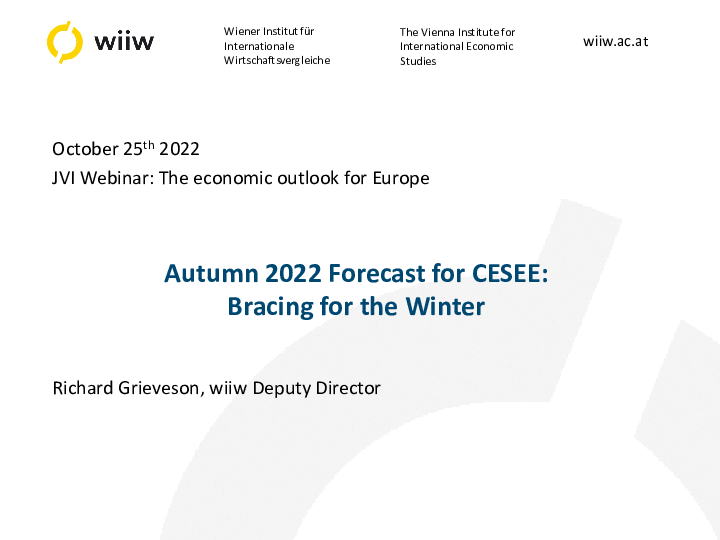